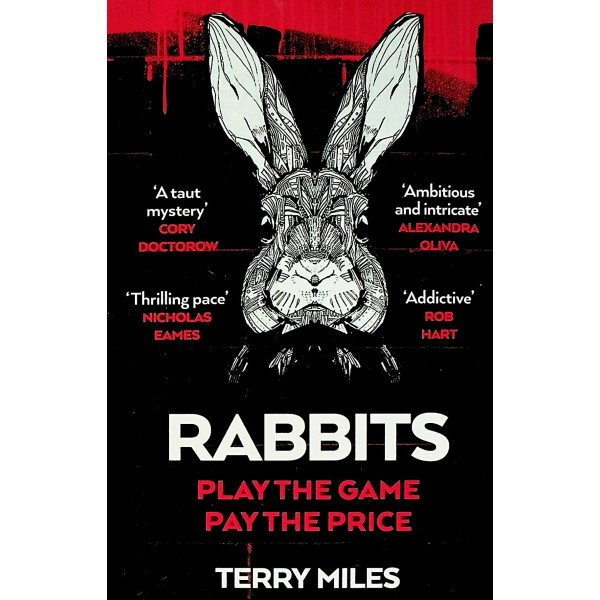 Rabbits is a secret, dangerous and sometimes fatal underground game. The rewards for winning are unclear, but there are rumours of money, CIA recruitment or even immortality. Or it might unlock the universe’s greatest secrets. But everyone knows that the deeper you get, the more deadly the game becomes – and the body count is rising. Since the game first started, ten iterations have taken place . . . and the eleventh round is about to begin.

K can’t get enough of the game and has been trying to find a way in for years. Then Alan Scarpio, reclusive billionaire and alleged Rabbits winner, shows up out of nowhere. And he charges K with a desperate mission. Something has gone badly wrong with the game and K needs to fix it – before Eleven starts – or the world will pay the price.

Two weeks after that Eleven begins, so K blows the deadline.

And suddenly, the fate of the entire universe is at stake.

Rabbits by Terry Miles is an electrifying, compulsive read based on the hit podcast from the Public Radio Alliance – perfect for fans of Stranger Things and Black Mirror.

Far from the Madding Crowd