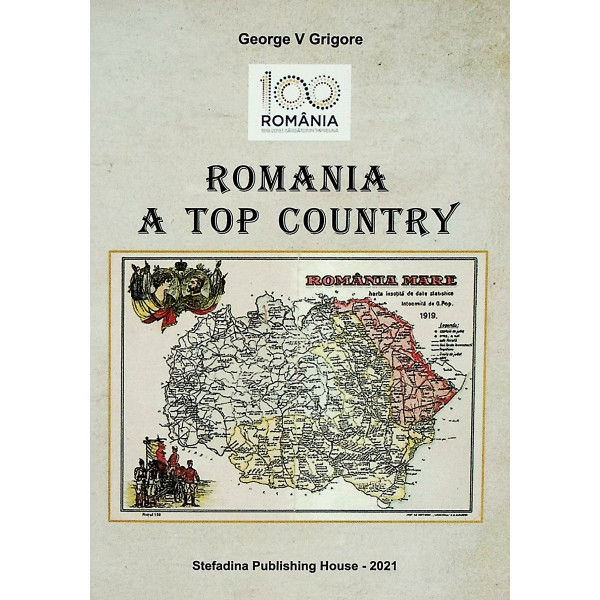 Starting from an article in the American press ("Is Romania the most beautiful country in Europe? It really could be!"), I started this process of presenting our Romanian records, now in the year of the Great Centenary of the Union on December 1st, 1918. Here we have the Danube - the Black Sea Channel, one of the most important navigable channel in the world, the House of Parliment - three times in the Book of Records, the Cathedral of the Salvation of the Romanian Nation - one of the largest in Europe, the Danube Gorge - the most beautiful gorge in the world. Europe, Danube Delta, Turda Salt Mine - The most beautiful underground objective in the world, the only Ice Hotel in Southeast Europe, the only "merry" cemetery in the world at Sapanta, The highest cross in the world located on a mountain peak - The Cross of the National Heroes on the Caraiman Mountain, The largest stone statue in Europe (Statue of King Decebalus from the Danube Boilers), Transfagarasan, Voronet Monastery, Gold Museum from Brad, The oldest traces of human footsteps, The oldest relic of Homo Sapiens from Europe (40,000 years old), The oldest cave paintings in Central Europe, The oldest human settlement in Europe (Cladovei Scaffold), Cucuteni Ceramics, The plates from Tartaria. We have personalities (academics, artists, athletes, inventors), but also Romanians of the NOBEL PRIZE. For all and sundry, I wrote this book. This is how we can honor this country, this is how we can present the best of our dear Romania, which we are proud of. - Assoc. Dr. George V Grigore