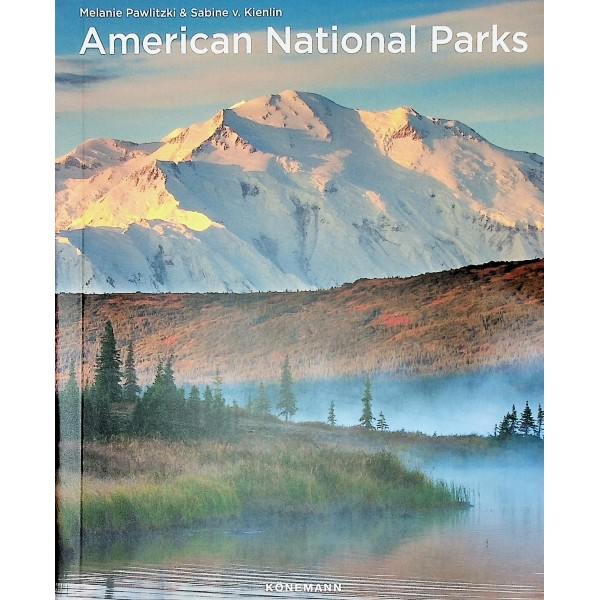 Wide, breathtaking landscapes; crystal-clear, blue lakes; high, snow-covered mountain peaks--but also wild grizzlies, buffalos, mustangs, and rare animal species: this is North America. With nearly sixty national parks, the United States is preserving a living monument to the continent's pristine nature in an effort to make it accessible to everyone. This volume presents twenty-six parks in more than 450 photographs. Each has its own character and individual charm.

Melanie Pawlitzki, who holds a doctorate in American Studies, discovered her love of traveling at an early age. She works as a freelance editor and photographer near Munich. Sabine von Kielin's passions include traveling and discovering the world, along with art and media. She financed her studies as a flight attendant and traveled almost the whole of America and the most diverse places on earth. Since 2001, the art historian and trained radio presenter has been working as a freelance author.